End to a great Race Season

November 20, 2019
Well the 2019 race season has come to a close for me. I have had an overall good year and am already looking forward to the up and coming race season.

This year I have had some good and bad races but that is expected and part of racing. I accomplished one of my goals and proved to myself that I am ready for the next step in my career of racing. I am now more hungry to get after training and pushing myself to new limits and breaking personal records. 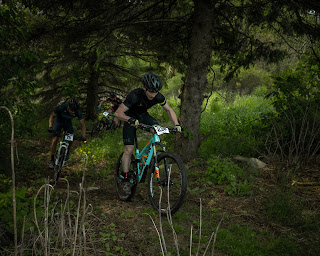 The start of the year went very well considering how busy I was with having 7 races in less then 2 months and also the fact that I was dealing with some physical issues as well. I had a slight break in the middle of June and then attempted the 24 hours of Summer Solstice which was a fantastic event. It was a metal and physical challenge that I will never forget and one that I will do again. I pushed myself to limits and came out on top with the win in the solo category which was absolutely amazing!

After two weeks rest I then participated in the 3 hour xc marathon at Sea Otter Canada and took the win in u23 men. Then it was off to the Canadian XCO championships and unfortunately I still had not recovered from the 24 hour enough to give it all of my power out on course. At this point I had a month off racing so I took some much needed rest and enjoyed some nice summer rides. The next event was a 130km gravel race and I had a good day improving on my last years result. Two weeks after that I participated in the last short track race that was being held at my home course of Sir Sam's Ski and Ride. Unfortunately I had a bad day and the body did not respond like I wanted it too but that is the way it is and I still had a fun day on the bike.

The week following I headed up to St-Felicen Quebec for the Canadian Marathon Championships. It was a nice and very long trip but totally worth it. I had a very good race on the day,
improving on last years result by 9 places. I also was able to meet some awesome people along the way. The last race of the year wrapped up with the Reggie Ramble a 200km gravel race. I gave it my all and came out with a 9th place after 8:58:00. It was a great race to finish the race season off with.

Even though the racing is all over there is still some exploring to be done before the snow fly's.

A special shout out to my sponsors for supporting me this season. I wouldn't be were I am today if it wasn't for all of the support. 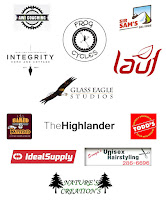 I am all ready for the training season ahead and I can't wait for what the 2020 race season has in store for me!

Popular posts from this blog

March 03, 2017
Lauf Trail Racer vs Lauf TR Boost Fork For this blog post I am doing a comparison on two mountain bike forks designed and manufactured by Lauf Forks. I am going be reviewing the TR Boost and Trail Racer, they are both great forks and I am going to discuss what the pros and cons are. The first thing that I noticed when I started to ride the TR Boost is that it is one of the stiffest forks that I have ever ridden. Compared to the Trail Racer the Boost fork has better responsiveness in corners and responds to what you want to do immediately. The Trail Racer isn't as stiff laterally as the TR Boost is and you will notice that when you are cornering hard there might be a bit of flex in the Trail Racer compared to none with the TR Boost. The 60mm of travel is the same for both forks so you wont notice any difference with your suspension. Compared to the Lauf Trail Racer which uses a standard 100mm thru axle the Lauf Boost uses a 110mm thru axle. When I received the TR Boost fo
Post a Comment
Read more

Racing at it's Finest

July 17, 2019
What a fantastic race season it has been so far! The 2019 winter took its time to leave this spring so it made for a late riding season at home. Now that summer is here the riding has been great and I am putting it lots of time on the bikes! The race seen has been lots of fun and I have already completed 7 races on my schedule. I have been feeling strong this year and am very happy with my race performances so far. During the winter I worked many hours and trained a ton. With dedication and hard work you can make big improvements which I am experiencing this year. A big thank you to my coach Andrew Watson of AWI Coaching for helping me achieve better results and my goals in cycling. Here is my completed races and results, Ontario XC Marathon #1 @ Turkey Point Ontario: 13th Place Ontario XC Marathon #2 @ Mansfield Ontario: 3rd Place Ontario Cup #1 @ Woodnewton Ontario: 7th Place Spring Chicken Marathon @ Beachburg Ontario: 4th Place Ontario XC Marathon #3 @ Ganaraska F
Post a Comment
Read more